Being an expat myself, every time I meet another foreigner living in Vienna, one single question pops up in my head: why Austria, why Vienna.

There is no touristic guide that does not include Stadtpark, a total surface of 65,00 square meters, full of green, ducks and history. As a tourist you cannot get away without seeking the several monuments and sculptures all around Stadtpark. Actually, Johann Strauß II ‘s monument is the most known and most frequently photographed monument in Vienna. Throughout Stadtpark, someone can sense the artistic vein of an old Vienna, enjoy the neat and well-taken care of, public space or even adopt a common Viennese habit, get his trainers on and start jogging.

Another characteristic of the city, is how quiet for a capital city it is. However, Naschmarkt is the most vivid, crowdie and loud place that Vienna owns. The Naschmarkt has existed ever since the 16th century. Someone can find here from vegetables and exotic herbs to clothes and accessories. It’s also a great place to enjoy a meal or drink a coffee. Maybe Naschmarkt reminds the least of typical Vienna, however, it reveals how multicultural and colorful this city is.

Maybe the least touristic place of the other two that are already stated above, Kahleberg, is a famous weekend destination between the locals. Not many European cities offer you the opportunity to have in less than an hour from the city center a breath taking panoramic view. On the way up to Kahlenberg, someone can also find real traditional restaurants (Heuriger), which offer unlabeled wine (Hauswein) and tasty traditional Austrian dishes. It is also a great place for the romantic ones, since the natural aspects and the isolation that Kahlenberg offers, can bring up hidden senses and emotions.

It is always hard to pick a favorite place when you live in a city and even harder to give reasons why you chose to live in that city, in the first place. Like something that you own, the city loses its magic and it becomes part of you, an extension of yourself. However, like Sándor Márai has written, “Vienna wasn’t just a city, it was a tone that either one carries forever in one’s soul or one does not”.

Poland is not lost yet 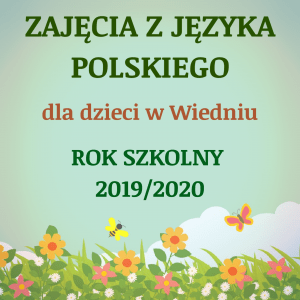 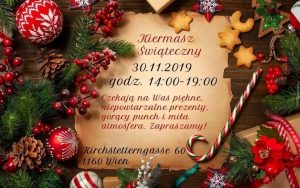